WhatsApp – what do the new changes mean? 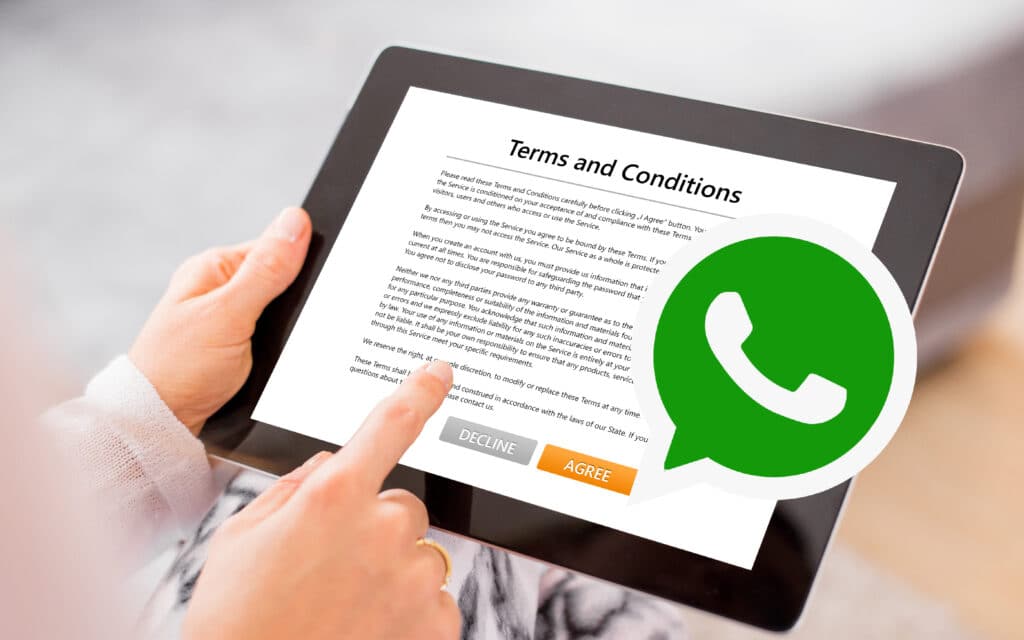 WhatsApp has been on a long journey since its conception by founders Jan Kaoum and Brian Acton back in 2008. In the original version, all users could do was update their status bars to be seen by those in their network. The key messaging element that we know and use it for nowadays was only added to WhatsApp version 2.0, when user numbers were at a mere quarter of a million.

As the app grew it garnered attention from the wider world of big tech, before being swooped up by Facebook back in 2014 for a cool $19 billion. Since then, its user base has grown from 450 million at the time of acquisition, to just over 1.6 billion come 2020. It was shortly after their acquisition that WhatsApp developers built-in to message the end-to-end encryption element. This was a major update for users who had wished for more privacy, as it used Signal Protocol (an opensource encryption scheme with code audited and approved by many independent security experts).

Since Facebook’s first acquisition in 2005, they have spent more than $23 billion on a variety of tech, app and software companies. This is the total of only the 27 disclosed to the public, but a further 51 acquisitions still remain in the shadows.

What poses particular intrigue in these acquisitions is the natures of the companies: there are companies that are expected, including cross platform mobile game framework, mobile data analytics and communication apps such as Instagram, snaptu, and friend.ly. The more curious companies acquired include voice recognition and emotion detection applications, and a solar powered drone organisation.

For more than a decade, Facebook has been on a mission to collect its users’ data, and WhatsApp has always been a vehicle for that purpose. Currently the data WhatsApp collects includes:

In their terms and conditions WhatsApp states that they “may retain date and time stamp information associated with successfully delivered message and the mobile phone numbers involved in the messages, as well as any other information which WhatsApp is legally compelled to collect” – in other words, your contact list can be stored and accessed at a later point in the future.

In addition, according to the App store, WhatsApp reserves the right to collect information about:

Facebook also announced that ads will be included in the near future as a part of app statuses. It was this announcement that triggered the resignation of both founders of WhatsApp who, from the beginning, have been staunchly against advertising in-app.

The latest controversy comes with WhatsApp’s announcement of their new changes to user policy and privacy settings over the last week. The proposed changes give Facebook’s family of companies any shared data collected from the app “to help operate, provide, improve, understand, customise, support, and market our Services and their offerings” – let’s not forget that only 27 of these companies have been disclosed to the public.

In their announcement of the most recent changes, Facebook has not made the process of understanding the changes simple. The privacy policy and terms of service are over 8,000 words long and filled with complicated jargon. When asked simply about the changes and their effects on users, WhatsApp spokespeople have declined to speak on record and if there’s any option to opt out of the new settings. The new changes will allow businesses to store and manage WhatsApp chats using Facebook’s infrastructure.

Facebook has issued an ultimatum to users, setting the deadline of February 8 for changes to be accepted, or they will not be able to use the app at all.

For those using WhatsApp for business, many have since started seeking an alternative option that will afford them the privacy required.

In 2019 alone, more than 2.7 billion records revealing identity were posted on the web for sale. For business WhatsApp users, the prospect of details of any private company data or information potentially being shared with unknown and untrusted third-party companies is alarming. More so is the protection of their data should, at any point, this information involuntarily become compromised.

WhatsApp has always been a cautious option for business use, especially when it comes to GDPR implications; under the EU regulations, Facebook was restricted when it came to collecting private data. According to WhatsApp, the changes will not affect UK and European users, however also said that their practice of sharing Facebook ‘was not new.’  It shouldn’t be forgotten that WhatsApp terms and conditions also prohibit the use of WhatsApp for business purposes.

Many users of WhatsApp have opted to move over to Signal, the providers of the original WhatsApp encryption, as they do not store any data on the user and do not hold the encryption key for messages.

At Serbus, we specialise in secure communications. We ensure all comms, be it messaging, audio or video calls, are encrypted and safe to ensure that business data, IP and information remain as tight and as private as possible – wherever your workers are communicating from in the world.

To explore more advanced security options for business communication, take a look at our secure voice and messaging. For any other questions or enquiries, or to have a chat about your requirements, get in touch on chat@serbusgroup.com, or phone us on +44 (0)1432 870 879.